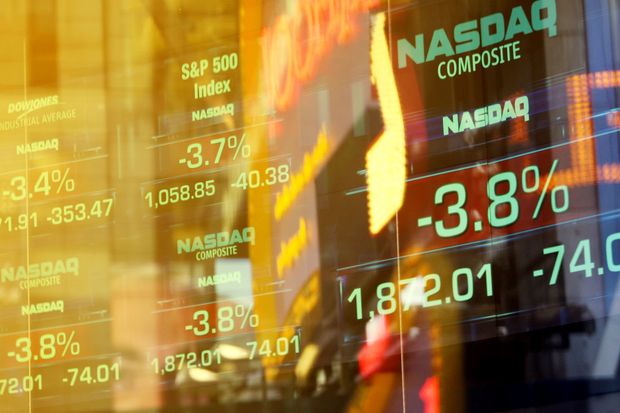 Futures on the
S&P 500
were halted Sunday night after they declined 5%. So-called circuit-breaker levels are the thresholds at which exchanges halt or close marketwide trading due to extreme declines. These levels are calculated daily, based on the previous day’s close in the S&P 500.

As the wild swings on Wall Street continue, here are the levels to watch for further trading curbs when U.S. markets open Monday.

A 7% decline in the S&P 500 from the prior day’s close would trigger a level one breach, where trading is halted for 15 minutes.

If that level is reached at or after 3:25 p.m. ET, it would not halt marketwide trading.

Sunday night, futures on the S&P 500 tumbled as low as 2818.75, triggering a trading curb because the threshold for premarket and after-hours trading is lower than during the regular session.

The next threshold is 13%. A decline in the S&P 500 by that much would similarly result in a 15-minute halt.

To trigger a level-two circuit breaker Monday, the index would have to drop 386 points to 2585.96. Trading wouldn’t be interrupted if the drop came at or after 3:25 p.m.

It takes a 20% drop in the S&P 500 to trigger a level-three circuit breaker. If this happens at any point in the trading day, marketwide trading is halted for the remainder of the day.

A different rule covers single stocks, for which the Securities and Exchange Commission has price bands set by tier (Tier One covers members of the S&P 500,
Russell 1000
and some exchange-traded products, while Tier Two covers other securities) and by price. Those levels can be found here.

Write to Lisa Beilfuss at lisa.beilfuss@barrons.com

US presidential elections: Sanders clears the way to Biden